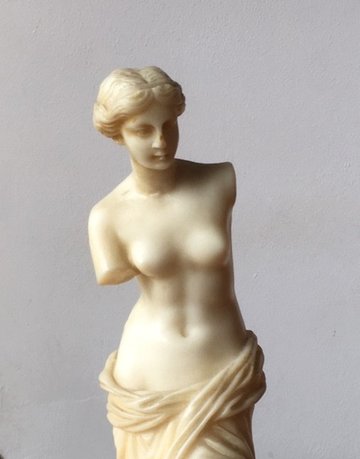 Venus- a symbol of beauty for thosands of years.

We believe in producing beautiful and meaningful songs

Venus Music & Records Ltd is a record label. It was formed primarily to release the lyrics of Kamal M Malak. The company was incorporated in July 2000 in England & Wales. The company’s registration number is 04044178. Kamal’s lyrics are as beautiful as Venus and as meaningful as of Shakespeare.

The company is a member of MCPS and PPL

In 2000, The company released its first mini album called ‘This Is Autumn’ one of the first few lyrics of Kamal M Malak, the artist was late Malissa Noble (real name Elizabeth Burke mother of famous Alexandra Burke). Mark Waterman, a well-known singer/songwriter,  produced the album for the company. The lyric contained some French words and was rather intellectual. A loving meaningful song (R&B and dance) touching and soothing to all who have had a memorable relationship with someone. It showed the great depth of Malissa’ vocal range but had limited success. It is available at  https://store.cdbaby.com/cd/malissanoble2.

In 2002, the company released another mini album called ‘Goodbye My Love, Goodbye’. It was the second album of Malissa Noble for the company. It is of Soul and dance genre. The melody was done by Malissa herself. The producer was Roddy Matthews. This is a beautiful song and touches the listener in a unique way. A sentimental ballad-pop/soul, would appeal to anyone who had an unsuccessful relationship. It has had a good success and the song was air played in the UK, USA, Canada, Denmark and other countries. This is a wonderful song and is still available at CD Baby.com https://store.cdbaby.com/cd/malissanoble

In 2003, the company released another mini album called ‘I Laugh Myself Now’ by Gavin Maxfield. The producer was Roddy Matthews. It is a mainstream pop song. A romantic song appealing to all the lovers who have had some bad experience. It is available at CD baby.com https://store.cdbaby.com/cd/gavin

Since last few years the company has been engaged in developing demos for the various songs and sending it out to well-known artists for their consideration. The lyrics are also being sent to various singer/songwriters. Any signed artist can request the Lyrics or demos for his/her use, subject to the contract. The genre is fundamentally ballad, but most of the genres are catered for (R&B, Soul, Rock n roll, Hip Hop etc) including some funky ones.